BSP is eyeing to further increase capital requirements of banks that will be identified as domestic systematically important banks (DSIB).

Or in short “too big to fail.” 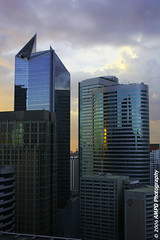 The latter phrase might sound familiar as certain banks and financial institutions in the US were deemed as too big to fail during the 2008 global financial crisis.
These companies were rescued by monetary bailout from the government, since, based on their assessment, letting them fall into bankruptcy might have a bigger catastrophic impact not just to the company but to the whole nation’s economy, which in turn can snowball into affecting the very-much intertwined global economy.
BSP is said to be in the process of identifying these too big to fail banks. Once identified, the banks will have stricter capital requirements which, in layman’s terms, means it needs to set aside a bigger amount as reserve effectively reducing the money it can lend and invest. This also puts additional controls such that these banks do not engage in too much risk taking.
A cool economic concept cited is moral hazard. Formally defined as when one party engages in excessive risk taking because another party has agreed and is ready to absorb the impact of such risks.
Again in short, too big to fail banks might fall into thinking that in can engage in excessive risks (for profit) knowing the government will not let them fall and bail them out anyway when things turn sour.

Was this the thinking in the US back then?
This is what BSP wants to avoid (among other things) that is why as early as now they are trying to temper the aggressiveness of too big to fail banks.

Or maybe, in the country, it should “three big too fail”?

Which ones will they be? Could there be more than 3?

Your guess is as good as mine.